There is a large number of reasons why a patient goes for the root canal treatment. One of the most common reasons is the cracked as well as the damaged teeth, deep cavities or an abscess. This procedure is actually performed for the repairing of the tooth which has either become infected or inflamed. When an infection develops in the tooth area, bacteria start accumulating around the root of teeth, in case this condition is being left untreated, it will result in the severe pain along with the subsequent degeneration of the teeth. During this root canal therapy, the dental practitioner will be removing the fluid which has been accumulated around the root of the teeth along with the bacteria which is present in it. For doing this, he may also have to drill a hole through the teeth. 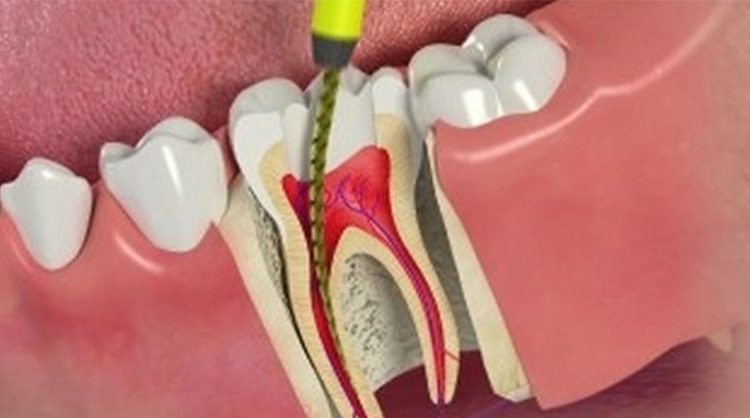 There are many of the common myths and also misinformation which is there in the minds of people about the root canal therapy. Finding out that a person requires the root canal treatment can sometimes be frightening. But the more you will know about this tooth saving treatment, the calmer and more confident you will be feeling about it.

Myth: You need this endodontic treatment only when you experience tooth pain.

Truth: Sometimes the dead tooth doesn’t cause pain but still, the patient requires the tooth canal for preventing it to become infected.

Myth: It is extremely painful.

Truth: This procedure relieves the pain and through the utilization of the cutting edge technology and aesthetics, it could just be similar to getting the tooth filling done and it can be painless too.

Myth: Its benefit is just temporary.

Truth: The result of this dental therapy is not temporary but long lasting. It helps in relieving the toothache and also preserves the affected tooth. It is the restoration of the crown which works as the key to the achievement of the successful results.

Myth: Tooth extraction is a better alternative than a root canal treatment.

Truth: The extraction of the tooth is extremely painful. It also results in the introduction of more bad bacteria into the bloodstream of the patient. So the tooth root canal is a restorative technique which will allow the patient to keep the natural tooth intact.

Truth: Earlier it was believed that this treatment causes other types of the illness all throughout the patient’s body but there is no medical evidence as such to prove it. This type of dental therapy is capable of removing the bad bacteria from the infected portion of the mouth and also prevents reinfection. This promotes the overall healing and restoration of the good dental health.

Myth: It causes pain to go away immediately.

Truth: Pain will be diminished slowly after the treatment. There will be sensitivity in the tooth which would be felt initially for few days but it will disappear afterward.

The root canal is the straightforward procedure for relieving the dental pain and saving the teeth. Patients typically require it when there is a certain kind of infection or the inflammation which is there in the roots of the teeth. The specialist endodontist removes the fluid which is present inside the tooth, cleans it and also disinfects and carries out the shaping of the root canal therapy and then place a filling for sealing the space. One of the most common fears which are present in the minds of the people is that it is extremely painful. But when this procedure is being carried out by the trained dental practitioner, it is relatively less painful. In fact, this treatment doesn’t cause the actual pain but it is felt due to the infection.

Would you like to consult a doctor for painless root canal treatment? Contact us here to schedule an appointment with us.

Aura Dental Care providing specialized dental care since 1998 at two location of Vadodara (Karelibaug & Waghodia Road ) Our satisfied patient are not only from Vadodara but also from across the Gujarat & Globe.

© 2018 by Aura Dental. All rights reserved. Made with by Shrushti Digital Marketing.